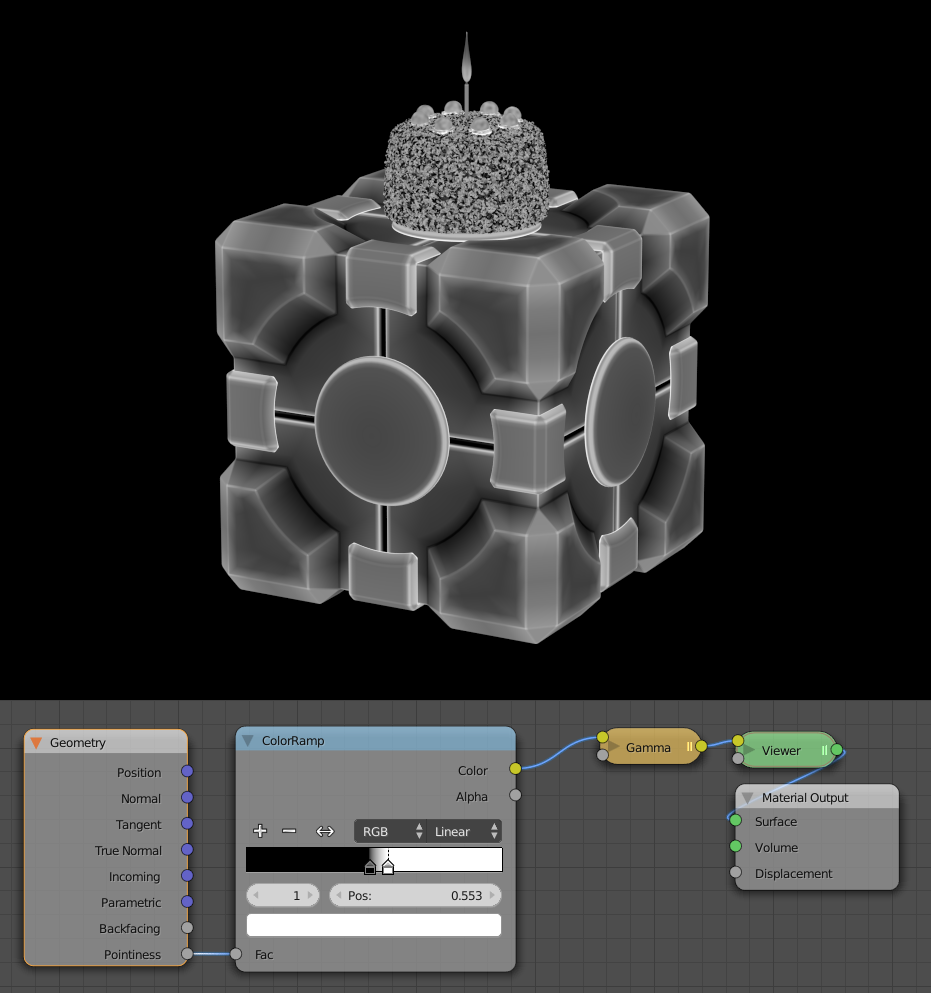 Woooo! I have to say I’ve been waiting for this for years!

It’s basically the same as dirty vertex colors, but on the final geometry (after modifiers) and without all the hassle of adding it to every single mesh.

This attribute means how “pointy” the geometry surface is, which allows to do
effects like dirt maps and wear-off effects on render geometry. This means the
attribute is calculated for the final mesh which means no baking (which implies
UV unwrap) is needed. Apart from this the behavior is quite close to how vertex
dirty colors works.

The new attribute is available as an output socket of Geometry node.

There’s no penalty for the render time, only some delay on scene preparation
(the delay is linear of the mesh complexity).

Just the same mapping types we’ve had in BI for years ;)

Sphere mapping allows us, for example, to painlessly map a texture of the Earth onto a sphere without needing to do any UV mapping.

Simply change the projection method on you image node from Flat to Sphere or Tube, and probably you’ll want to use generated coordinates.

I know 2.71 hasn’t even officially been released yet, but in 2.72, there’ll be a new distribution model for glossy shaders, Ashikhmin-Shirley, and all three models have now been made available for the anisotropy shader too. I played around a bit and came up with this little comparison:

END_OF_DOCUMENT_TOKEN_TO_BE_REPLACED

Yep, you read that right. Under 3 minutes for homogeneous volume and over an hour for a quarter of the samples in the heterogeneous volume. The heterogeneous render seems to have a less dense volume, and I guess it does since it was driven by a noise texture where I couldn’t easily control the density and honestly couldn’t be bothered to wait long enough to give it a decent try. END_OF_DOCUMENT_TOKEN_TO_BE_REPLACED 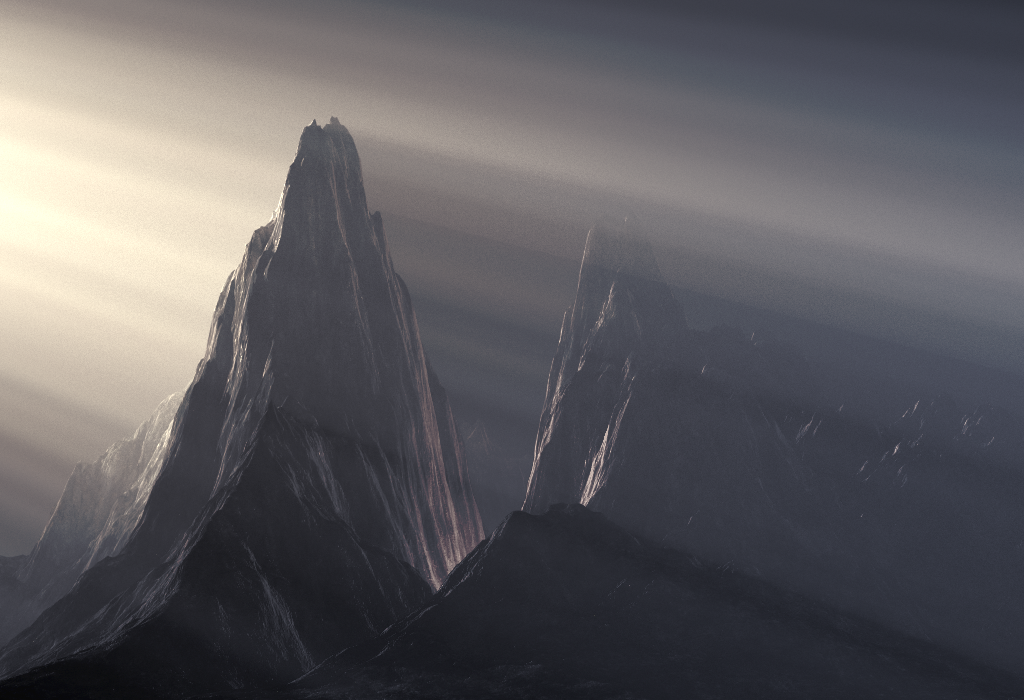 Being an artist member of the Cycles module of Blender, every release I get to make pretty pictures to illustrate the new features in the release notes. This time was of course volumetrics.

For now, getting data from smoke simulations is not possible*, so the next most obvious demonstration are some epic light beams. 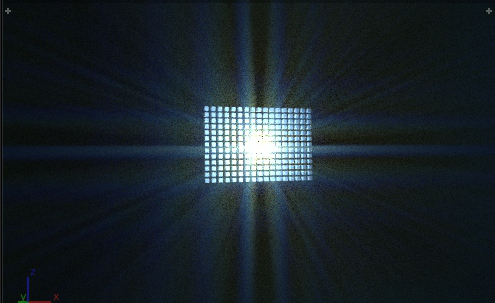 I tried a few things, but most of them were pretty abstract and could probably be done with only some compositing.

So in the end, I decided to make some kind of epic mountain complete with surreal god rays casting huge shadows over an ominous landscape.

Starting with some geometry generated by the one and only ANT Landscape addon, I added a displacement modifier using a Voronoi F2-F1 cloud texture to give it a bit of detail:

The material for the terrain is fairly simple too – just some rock textures mixed together to get the colour and detail I want, and some normal+height mask to put some greenery on the plane below the mountain (though you can barely see this in the render) 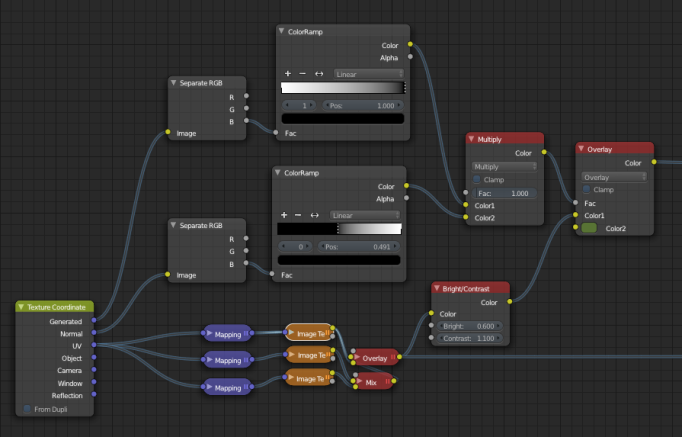 The world material is a simple Volume Scatter shader with a white colour, 0.4 density and 0.0 anisotropy. 0.4 for density is actually really high for the world shader, but I used an extremely bright light to punch through it.

The light setup is where it gets interesting: 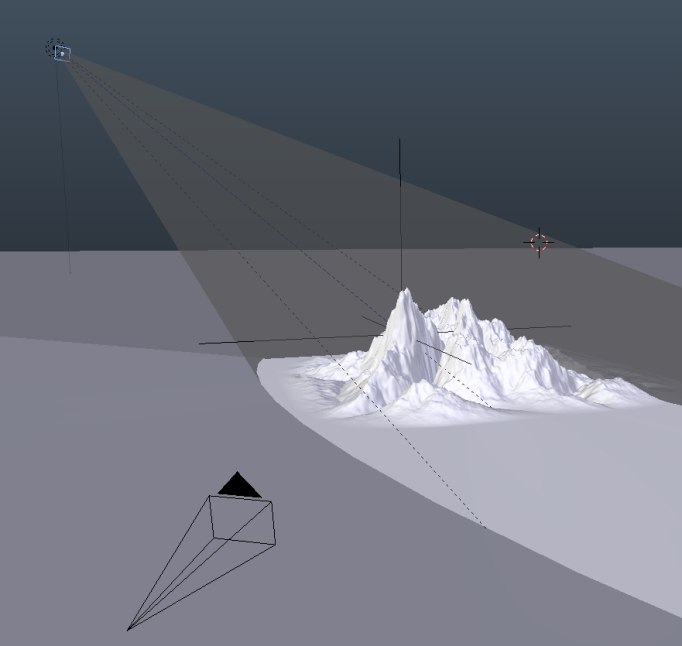 It’s a single spot lamp really, but I wasn’t happy with the falloff from the edge of the light’s influence to the center, so I placed a semi-transparent plane in front of the light that allowed me to create exactly the falloff I want, and also to create an elliptical shape instead of the normal circular shape of spot lamps. This really allowed me to focus the light on a single point and create very dramatic shadows in the world volume itself. Without doing this, too much light was scattering in front and behind the mountain, making hard to notice that the mountain was casting a shadow at all. 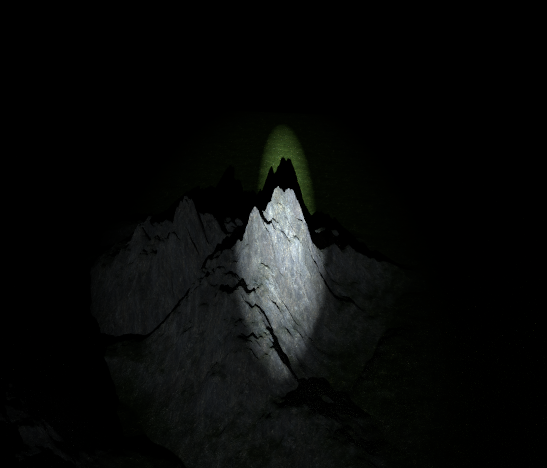 Finally, the light ray was pretty boring and quite obviously came from a plain spot lamp, so I added a noise texture to the plane in front of the lamp. This breaks it up and creates all those fancy rays of light instead of just one.

The noise is pumped through that ramp just to give the light a bit of colour variance. I knew I was going to desaturate it heavily in the compositor later, but I still wanted some subtle variance.

A little bit of compositing later and we’re done :)

One thing I noticed was that volume rendering is surprisingly fast. Doing the final render only took about an hour on my 2600K 2.4GHz i7 cpu, which isn’t much slower than your average cycles render. Sure there’s only one light and it is an homogeneous volume, but I was really expecting much worse.

Great work from Brecht and the rest of the gang as usual :) One step closer to being a true production-ready renderer.

* Though I’ve yet to try this addon. 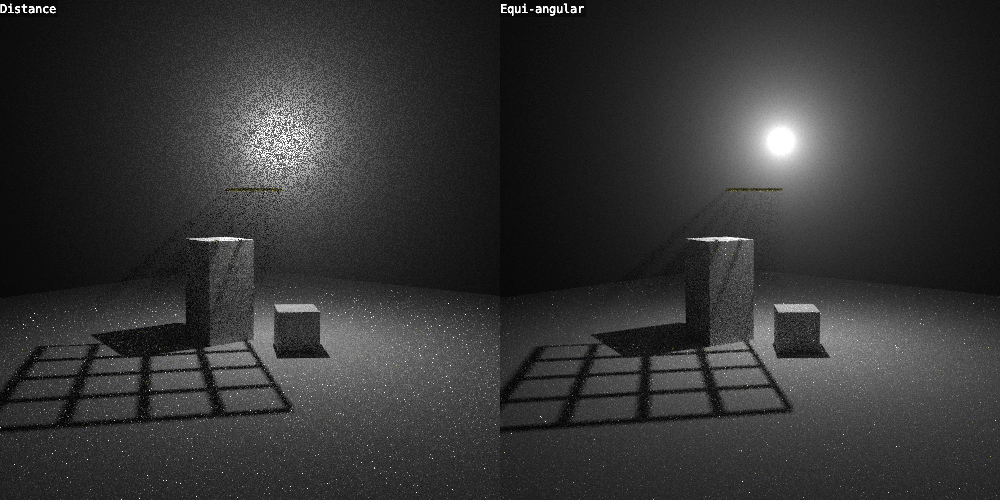